The path to conflict resolution in Karabakh

Events are moving fairly rapidly in the South Caucasus, although they have not yet reached a breakthrough. Nevertheless, the first anniversary of the outbreak of the Second Karabakh War provides an opportunity to assess at least some of the new phenomena. In this article, I pay special attention to the issue of reestablishing communication links and transport links.

A trilateral working group to promote such developments was established at a interministerial meeting January 11 of this year (as a consequence of point 9 of November 10, 2020 ceasefire agreement). Armenia then suspended its participation in any indirect discussions, but these resumed from August 17, in Moscow at the level of the Deputy Prime Minister. It did so despite the fact that Azerbaijan supplied Armenia (although it is not obligated to) with gas from Russia through its own national gas pipeline system, which is more efficient than Georgian infrastructure. Azerbaijan also provided Armenia with free passage through the territory on the Goris-Kafan highway, although Baku stopped trucks entering the Azerbaijani region of Karabakh illegally.

The ceasefire agreement provides for the opening of a corridor between Azerbaijan proper and its Nakhichevan enclave, and there is indeed a railway there that can be rebuilt. Armenia, however, continues to insist instead on reopening a longer and more devious railway line between the two countries which does not pass through the Zangezur corridor. Not only would this route take longer to travel, it would also cost more to rebuild and renovate.

Turkish energy company BOTAS was interested in establishing a large physical factory on the border of Nakhichevan and Armenia. If a pipeline could be built across southern Armenia for this purpose, it would have been possible to create jobs in southern Armenia, which is in desperate need of economic development, through the construction of a complex processing to produce refined products for export.

A pipeline through the corridor would have been in Armenia’s long-term interest, but Yerevan was handicapped by an internal political stalemate due to early elections called after the war. In the absence of a full cabinet, including a Minister of Foreign Affairs (the entire management of the had resigned earlier), following the early parliamentary elections in Armenia called by its Prime Minister Nicol Pashinyan, the Yerevan government was unable to take constructive decisions. Faced with delays and indecision from the Armenian authorities, Azerbaijan and Turkey sign a Memorandum of Understanding (MoU) for the construction of the Igdir-Nakhitchevan pipeline to supply the Nakhitchevan from Turkey.

The most immediate and effective confidence-building measure would be to facilitate the return of Azerbaijani civilians to their homes in the unoccupied territories from which they were expelled by ethnic cleansing in the early 1990s. However, apart from the physical destruction of very many of these houses, this type of development is complicated by the fact that those who have already returned continue to be threatened with death and injury by the land mines sown by the Armenian forces before their departure last November under the terms of the agreement negotiated in Moscow.

Earlier this year, Armenia furniture mine maps for the city of Aghdam, in exchange for two groups of infiltrators detained by Azerbaijan. (Armenia claims they were prisoners of war; Azerbaijan noted that having infiltrate across the border after the ceasefire, they are not covered by the definitions of the Geneva Conventions and therefore common criminals.) Nevertheless, according to Azerbaijani sources, the maps provided by Armenia were only correct in a proportion of about 25 percent.

The international community has begun to recognize the gravity situation, and a growing number of countries have pledged funds, equipment and training for mine clearance operations. A delegation from the Parliamentary Assembly of the Council of Europe (PACE) recently visited the unoccupied region and seemed astonished at the destruction caused over more than 30 years in violation of international occupation law. Their long report is remarkably impartial. In particular, he mentions UNESCO as the agency which should start undertaking an inventory of the cultural heritage and humanitarian losses in the region.

We can expect an increasing transfer of the conflict to â€œlawfareâ€. Yerevan comes from submitted a file against Baku before the International Court of Justice in The Hague (not to be confused with the International Criminal Court) under the International Convention on All Forms of Racial Discrimination (CERD). Perhaps Yerevan had been alerted that Azerbaijan was filing such a complaint against Armenia, as it has since done.

The case of Azerbaijan officially accused Armenia from racial discrimination and ethnic cleansing. According to some reports, Azerbaijan stated in its court file that “Armenia has engaged and continues to engage in a series of discriminatory acts against Azerbaijanis on the basis of their” national or ethnic “origin. “, And that by” both directly and by indirect means, Armenia continues its policy of ethnic cleansing “while inciting” hatred and ethnic violence against Azerbaijanis by engaging in hate speech and by disseminating racist propaganda, including at the highest levels of his government â€. This deposit should be successful.

The ethnic cleansing Azerbaijani not only from the Karabakh region in the early 1990s, but also from southern Armenia in the late 1980s, is already well documented. In addition, in 2015, the European Court of Human Rights ruled in 2015 that the military forces in occupied Azerbaijan were effectively under the effective control of Yerevan itself.

Finally, as to the forums for the end of the conflict. I argued that the OSCE Minsk Group is outdated and has no role to play. This is certainly true in a formal sense since the slowness of multilateral international organizations relying on consensual diplomacy cannot keep pace with developments today. What is absolutely certain is that the “Madrid Principlesâ€Are obsolete and dead. I have counted elsewhere in detail the reasons why this is so. It is telling that no one, not even on the Armenian side, has made serious reference to it since the end of the war last November.

In addition, a few days ago the Russian Defense Ministry deleted the outline of the former Autonomous Oblast of Nagorno-Karabakh from the Soviet era, of its official map where it shows the deployment of its troops on Azerbaijani territory. This indication is all the more significant as it came just days after the Russian side submitted to the two warring parties its proposals for the demarcation of the Armenian-Azerbaijani border, on the basis of detailed military maps from the Soviet era. . . 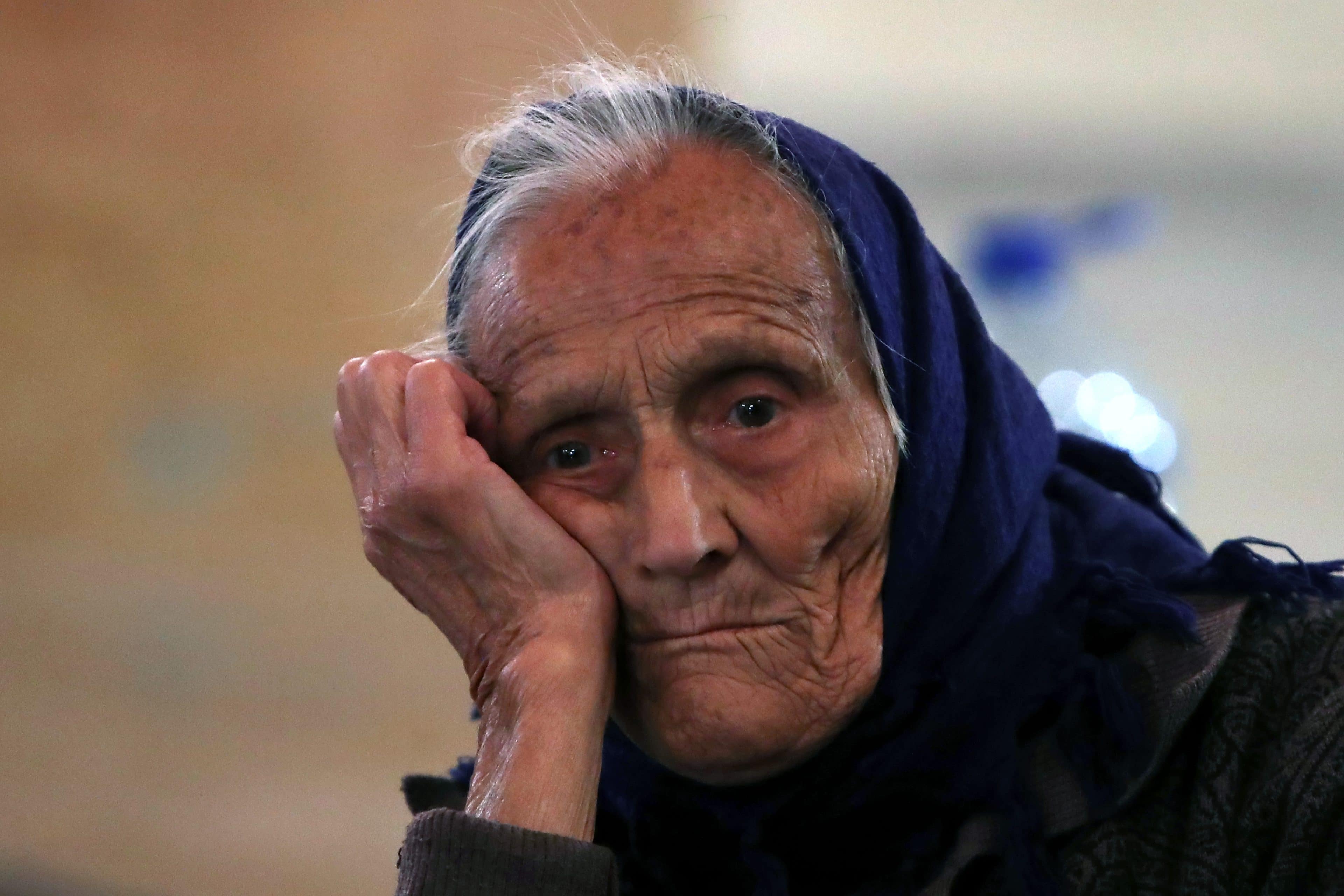 Russia as co-chair of the Minsk group can act and acted autonomously from the other two co-chairs (US and France), trilaterally with only Armenia and Azerbaijan. Moscow is free to inform Washington and Paris of its actions, and then the three can choose to present the result as a product of the Minsk Group. But even that did not happen. The first formal activity of the Minsk group in a year was to hold meetings separately with the Armenian and Azerbaijani foreign ministers on the sidelines of the opening of the new session of the United Nations General Assembly.

Ultimately, the Minsk Group may serve a useful purpose as an umbrella for any agreed final settlement that is held outside of its auspices, but even that is not necessary. All that is needed is an international peace treaty with guarantees. This is how wars end, and with territorial regulations including mutual recognition and the delimitation and recognition of national borders.

Solving the labor shortage in the construction industry requires change

Addressing scarcity and attracting and retaining People Y, Z and beyond will require breaking with …