Nigeria recorded a total of 4,486 cases of oil spills, representing 242,193 barrels of oil, from 2015 to 2021, according to recent data from the National Oil Spill Detection and Response Agency (NOSDRA). .

A oil spill is the release of a liquid petroleum hydrocarbon or distillate product into the environment, in particular the marine ecosystem.

The reported figure of oil spill cases equates to 38.5 million liters of crude loss, which averages about 62 cases and 3,362 barrels of oil spills in a month, according to website data. NOSDRA satellite on April 16.

The data is based on paper records from Joint Investigative Visits (JIVs) and is “continuously updated”.

The agency noted that there are concerns about regulatory compliance relating to the reporting and cleanup of oil spills by responsible companies.

During the six-year period, sabotage, equipment failure, corrosion and operation/maintenance errors were the major causes of oil spills in the country.

The most frequent oil spills have been caused by sabotage. At 201,025 barrels, they represent 3,299 incidents, which represents 73.54% of the total cases.

Sabotage is the deliberate destruction of pipelines used to transport crude oil in order to steal the products.

Equipment failure issues caused the second highest number of oil spills with 26,912 barrels out of 442 cases, peaking at 9.85%, while corrosion (deterioration of facilities) caused 291 cases, which resulted in 4,466 barrels of oil spillage, or 6.49%.

According to the report, the reason for the spill of 4,378 barrels of oil has not yet been determined by the agency, while the cause of the incidents resulting in the loss of 1,679 barrels of crude oil has not been specified.

WEAK REGULATIONS IN THE OIL SECTOR

The Federal Government, the Nigerian National Petroleum Company (NNPC) and other relevant oil industry agencies have continuously been affected by the problem of oil theft.

The Nigerian Upstream Petroleum Regulatory Commission (NUPRC) had in March 2022 declared that Nigeria had lost $3.27 billion in crude oil to thieves in 14 months.

A few weeks ago, government officials visited communities in the Niger Delta for an on-site assessment of some pipelines affected by oil bunkering activities, promising to end illegal oil bunkering.

Ayodele Oni, partner and chairman of Energy Practice Group, Bloomfield LP, told TheCable that the efforts may not yield results if there is no political will. 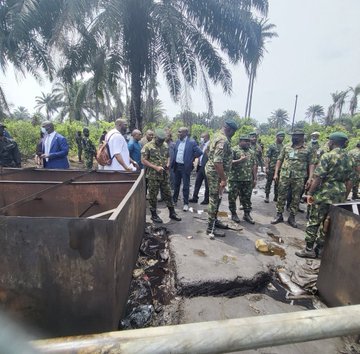 Oni said Nigeria’s legal framework must push for existing laws to be enforced to the fullest extent, with tougher penalties meted out to those who encourage oil theft.

“The laws exist, although some argue about their adequacy. Section 2 of the Petroleum Production and Distribution (Anti-Sabotage) Act and Section 7 of the Miscellaneous Offenses Act provide respectively for up to 21 years imprisonment or the death penalty and life imprisonment for sabotage of oil production and distribution,” Oni said.

These illegal activities are carried out by saboteurs who attack operational pipelines or other oil installations.

According to the data, oil spill cases were mainly from pipelines during the reporting period.

In 2021 alone, according to NNPC Limited’s monthly presentations to the Federation Accounts Allocation Committee (FAAC) meeting, N52.28 billion was spent on pipeline safety and maintenance costs.

The current administration had promised ensure compliance with policies and measures to stop pollution of rivers and waterways in the Niger Delta and other parts of the country.

Despite the promises, oil spills continued to threaten the sanctity of the ecosystem, especially in the Niger Delta – encroaching lands, mangroves, creeks and rivers.

According to the data, oil spills occurred in 16 states, including the Federal Capital Territory (FCT), during the reporting period.

The five highest cases of oil spills occurred in the Niger Delta region – Rivers (1408), Bayelsa (1028), Delta (862), Akwa Ibom (305) and Imo (101) – during of the six-year period. It peaked in about 82% of the total oil spills in the affected states. Some oil spills have affected multiple states, according to NOSDRA.

According to the data, about 40 oil companies recorded oil spills during the period. 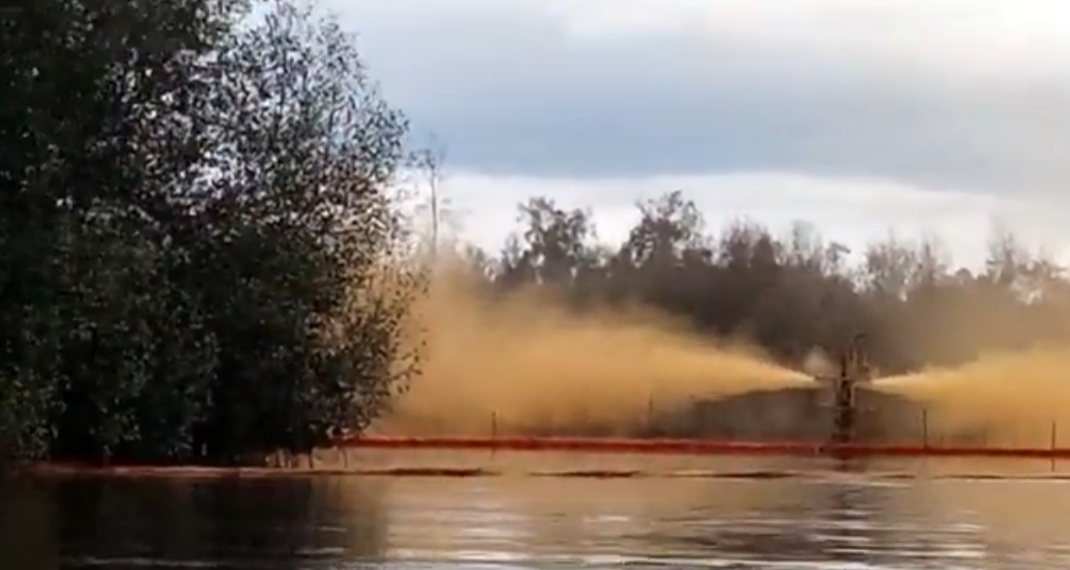 In Nigeria, there are established principles guiding the management of oil spills.

For example, oil spills must be closed within 24 hours. However, cases such as the recent Santa Barbara oil spill kept running away since more than a month.

“Special courts have also been advocated to handle trials with the level of urgency required,” he said.

According to NOSDRA, oil companies are currently required to fund the cleanup of each spill and pay compensation to affected local communities, if the incident was the fault of the company.

But oil companies’ failure to fulfill their obligations to host communities has resulted in lawsuits in the past.

In 2017, the Ikebiri community in Bayelsa State continued Eni, seek cleanup and compensation for damage caused by an oil spill that affected the community.

In January 2021, a Dutch appeal court ruled that SPDC pay the damages caused by oil spills in the Niger Delta.

According to Oni, harsher penalties such as the revocation of business licenses, confiscation of assets, substantial increases in the amount of fines to be paid and imprisonment for responsible corporate officers, are more severe penalties. stringent measures that can be imposed on polluters of the environment.

Additionally, he is looking to replicate the same approach in other markets while continuing to …