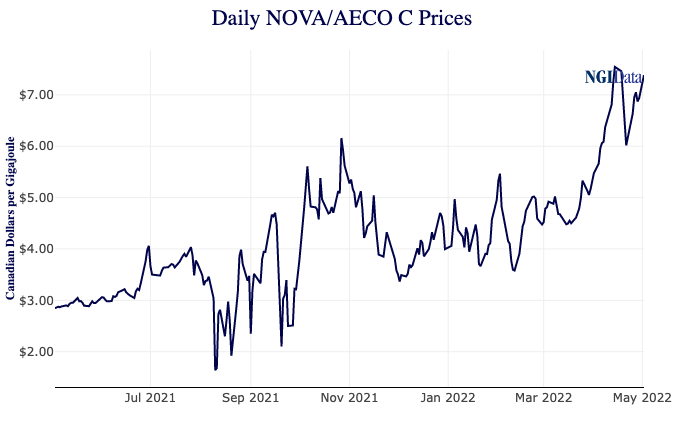 Ugandan Fridays for Future activist Hilda Nakabuye speaks during the opening of the Berlin Energy Transition Dialogue at the Federal Foreign Office in Berlin on March 29. (Michael Kentendre/dpa via AP, file)

MOMBASA, Kenya – Climate activists – including influential campaigners Vanessa Nakate and Hilda Nakabuye – are urging more banks and insurers not to back the controversial $5 billion East African crude oil pipeline that is intended to transport oil from the Hoima oil fields in Uganda to the Tanzanian coastal town of Tanga.

“The climate crisis is affecting many people in Africa,” Nakate said at an event on Wednesday, dubbed the annual general assembly of African people. “There is no future in the fossil fuel industry which has done more harm than good in much of Africa. We cannot eat or drink oil.

Growing pressure from environmental groups, under the #StopEACOP banner, has led to a growing list of banks and insurers abandoning the pipeline project. Just this week, the project suffered another major setback after insurer Allianz Group pulled out of the project. She joins 15 banks and seven insurance companies – including HSBC, BNP Paribas and Swiss Re – who have denied financial support for the pipeline in response to the campaign by numerous environmental organizations, including the international group 350.org.

The 897-mile pipeline is billed as the longest heated pipeline in the world. The China National Oil Corp. and French energy conglomerate TotalEnergies, alongside Uganda National Oil Co. and Tanzania Petroleum Development Corp., have remained firm in pursuing the pipeline project which is expected to begin transporting oil in 2025.

Construction of the pipeline will displace thousands of families and threaten water resources in the Lake Victoria and Nile basins, according to 350.org. The environmental group goes on to say that the crude pipeline will generate some 37 million tonnes of carbon dioxide emissions per year, fueling climate change.

“TotalEnergies puts profits before people and it shows. Ugandan and Tanzanian communities have fought tirelessly against the pipeline project and the trail of destruction it is already leaving behind,” said #StopEACOP Campaign Coordinator Omar Elmawi. “At a time when scientists are calling for the phasing out of fossil fuel projects, to avoid the worst impacts of climate change, it is ill-advised and irresponsible to go ahead with this project, while ignoring the cries most affected.”

Environmental activist Hilda Nakabuye added that the pipeline would mostly negatively affect women and children through spills, pollution and displacement along the proposed route. Climate activists have also filed a complaint against the pipeline with the East Africa Regional Court of Justice which sits in Arusha, Tanzania.

TotalEnergies defended the pipeline, noting that it meets strict Ugandan and Tanzanian environmental laws. An environmental and social impact assessment report by the Dutch Environmental Assessment Board has raised concerns about significant risks posed to wildlife, including chimpanzees in the Bugoma, Wambabya and Taala forest reserves.

Originally valued at $3.5 billion, the electrically heated underground pipeline will now cost $5 billion and is set to start near Lake Albert in Hoima district, western Uganda. It will bypass Lake Victoria and enter northern Tanzania towards the Chongoleani Peninsula in the Indian Ocean, carrying 216,000 barrels of crude oil per day.

The pipeline is expected to displace more than 14,000 households in Uganda and Tanzania, according to international charity Oxfam. But proponents of the project cite an annual revenue of $2 billion from oil exports alongside some 12,000 direct jobs for its advocacy. Proponents say it will also encourage development on the continent.

“Africa needs stable and cheap energy like that offered by oil and coal to develop its manufacturing sector,” said Johnson Nderi, a financial analyst in Nairobi who backs the pipeline.